The No.1 Place Americans Shop Chinese Herbs
Free Shipping over $50 for US orders

Free Shipping over $50 for US orders

You could say Michael Turk is a trend-setter. Long before intermittent fasting became fashionable, Turk was practicing what’s now known as “time-restricted feeding.” He’s been doing this off and on for over 30 years. 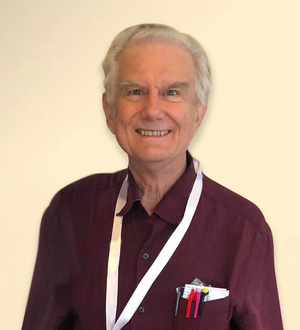 The fact that he’s still doing it is a miracle. Turk’s home in Paradise, CA was completely destroyed. However, he’s lucky he survived the fire. The so-called “Camp Fire,” which started November 8, 2018, burned 90% of the town in less than 24 hours, and would take 17 days to fully contain, is California’s deadliest fire in U.S. history.

Eighty-five people are known to have perished in the fire (three are still missing). As you may expect, Turk was depressed for a few months after the fire, to put it mildly. We will soon write a story on Turk’s experience, and how he managed to stay relatively calm during the crisis.

But for now, Turk lost everything but the clothes on is back except his practice of Chinese medicine in the nearby town of Chico, CA. In his office in Chico, Turk is helping some of the fire survivors return to health, along with his busy schedule of regular, long term, and new patients.

His particular method of intermittent fasting is, as Turk refers to it: OMAD.

One meal a day.

If you think it’s impossible to eat just one meal a day, Turk believes it’s actually very easy; if you follow his guidelines and rebuild the health of your organs with Chinese tonic herbs.

One Meal A Day For Optimal Health

Intermittent fasting has become a major health trend over the last few years. Perhaps the most popular method of time-restricted feeding is the “16:8” method. This is where you consume all your calories during an eight-hour period. You fast for the other 16 hours, although water, caffeine, and herbal tea is allowed.

But Turk’s protocol is even more extreme: 23:1. That means you eat just one meal a day, taking no longer than an hour to consume it. You fast for the other 23 hours. Turk recommends doing this for at least one month out of the year.

What are the Benefits of Eating Once Per Day?

Besides saving time and money, eating once a day may also offer several health benefits.

According to Turk, eating one meal a day and taking tonic herbs may support:

Turk points to research that suggests intermittent fasting regenerates stem cells in the immune system (in mice), providing long-term renewal of the body’s defenses. In addition, temporary fasting can support a healthy aging process. Researchers are only now beginning to understand biologically how this works. According to Turk, it doesn’t take a Harvard-trained researcher to understand how eating just one meal a day reverses the toxic load.

“When the organs constantly deal with an overload of toxins and parasites, they degenerate—if they cannot keep up. When you are consuming more toxins than your body can eliminate, they build up in the tissue,” Turk explains, adding, “Eating one meal per day, even if it’s not the healthiest meal, can detoxify and reverse organ degeneration.”

Is Eating Once Per Day Hard?

Think there’s no way you’d be able to fast 23 hours a day for at least one month?

If you take tonic herbs, your hunger goes away

According to Turk, it’s not hard. In fact, if you take tonic herbs, your hunger goes away.

“After one week, you’re never hungry. If you want to eat a snack, you can, but you’re digesting food. Once a week or so is fine for snacking, but if you go back to regular eating, you get hungry again,” says Turk.

You don’t have to dive in the deep end right away, Turk explains. During the first week he recommends skipping some meals and snacks. Instead of snacking, take a standard dose of tonic herbs, three times a day. During the second week, eat only one big meal and one small meal per day. Increase the tonic herbal dosage to twice the standard dose, three times a day. Finally, no sooner than the third week, Turk recommends taking triple the standard dose of herbs, and eating one meal a day.

Turk allays the concerns of hunger and losing strength from eating just once a day by alluding to the hard-working, healthy and active ranch dogs he grew up with. “My hunting dogs ate only once a day. They had plenty of energy, unlike domesticated dogs, who tend to eat two or more times a day and become fat and lazy,” he says.

What If You’re Hungry Eating One Meal A Day?

True hunger is starvation, suggests Turk. If you feel hungry eating one meal a day, it’s only because your digestive system is trained to expect food every few hours.”

On the contrary, Turk claims, “OMAD means no hunger, more energy and alert when awake, and enjoying the enhanced sense of smell and taste from food as well as more satisfying.”

“When you eat frequently during the day—and night—your energy goes into digestion,” says Turk, who adds, “Today, the message we get from the media is, if you’re hungry eat. That couldn’t be further from the truth.

What Can You Eat On One Meal a Day?

Pretty much, anything you want. However, to get the most benefits out of fasting, Turk says you really must minimize sugar and maximize vegetables.

“If you want to regenerate organs, you first must eliminate sugars and chemicals from your diet. Only then will any parasites be expelled because you’re essentially starving them,” he says.

That doesn’t mean you can’t indulge once in a while.

In fact, Turk recently did himself. He says that he hadn’t had ice cream in years, and one day while walking in town, he purchased some. His one meal of the day was half a gallon of ice cream.

How did he feel afterwards?

“I slept great and had good energy the rest of the day and the following day,” he claims. Obviously, though, eating half a gallon of ice cream isn’t something that should be done regularly, and only after restoring organ health.

So how do tonic herbs play a part in Turk’s program? After all, the research studies that confirm the health benefits of intermittent fasting and time-restricted feeding don’t mention Chinese herbs.

How do you know which tonic herbs to take? Only a licensed acupuncturist, herbalist or Chinese medicine doctor can diagnose your particular symptoms to make a recommendation.

That being said, however, our formulas TotalTonicTotalTonic (tablets) and AllTonicAllTonic (capsules) are formulas virtually anybody can take for replenishing Qi, nourishing the Blood, supporting digestion and circulation, and other diverse benefits.

Turk claims that taking a triple dose of tonic herbs for one month will restore organs back to health.

As an example, Turk describes somebody who presents with heart organ weakness (which he diagnoses by assessing the pulse and tongue). After taking a double or triple “restorative” dose, the patient’s heart will function much better. For example, it won’t skip a beat.

Unless you have a blood sugar concern such as type 1 or 2 diabetes, give one meal a day a try. However, first consult with your physician if you are taking any medication to make sure eating once per day is safe for you.