Sorry, we're closed for maintenance. Expecting to be back shortly (20-40 minutes).

Licensed acupuncturist, Michael Turk survived the 2018 “Camp Fire,” the deadliest in California history. Though he lost his home and nearly all possessions, Chinese medicine has helped him restore both his physical and mental health. Discover Turk’s recommendations for getting your life back to normal after a traumatic event. 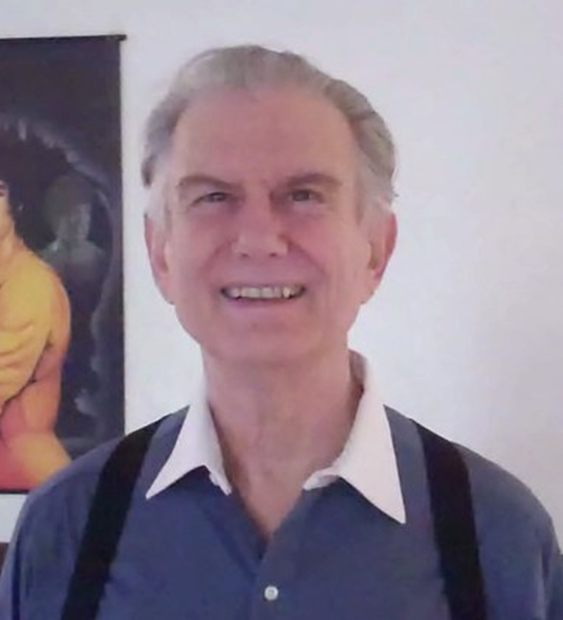 Imagine a fire, fueled by bone-dry air and near-hurricane force winds consuming everything in its path. Now imagine your bloodstream flooding with stress hormones, realizing you have just minutes to evacuate your place or else you and your wife will be incinerated….

Imagine not even having 5 minutes to gather a few of your precious memories. No wedding photo albums, no valuables, nothing. Everything you’ve collected over your 76 years of life will go up in smoke because this wildfire is on a warpath of complete destruction. You’ll have to leave behind your library of 10,000 books (including about 6,000 related to Chinese culture and traditional Chinese medicine.)

Imagine desperately fleeing your ironically-named hometown of Paradise with nothing but the clothes on your back. Imagine that this fire, when it finally becomes 100% contained 17 days later, will have taken the lives of 85 people and destroyed almost 19,000 structures, including your own home.

And now imagine that when you’re allowed to go back to your ash-strewn and charred homesite, forced to wear a full-body protective suit, out of all the contents contained in your destroyed comfy, cozy three-bedroom house, there’s hardly anything worth salvaging.

Do you bother picking up the few items that aren’t completely ruined, risking heavy metal contamination?

And now imagine what it’s like to go from having a thriving acupuncture business to literally have to rise up from the ashes, pick up the pieces and start life all over when you’re three-quarters of a century old.

It’s difficult to imagine, isn’t it?

But for Michael Turk this nightmare scenario was reality. Well, actually, he was lucky November 8, 2018 was a work day. His wife drove him to work per their usual routine. Because of this, they were minutes ahead of the mass exodus of residents fleeing the inferno that fateful early morning.

Turk, a licensed acupuncturist, and one of our most valued practitioners who prescribes ActiveHerb formulas for his patients, counts his blessings that he didn’t know very well any of the residents who perished.

Out of the 85 people killed in the “Camp Fire,” most of them were elderly residents of Paradise. Because of age and physical limitations, they simply were unable to flee in such a short amount of time.

He’s also thankful he hasn’t suffered terribly from symptoms of post traumatic stress disorder (PTSD), such as survivor’s guilt or nightmares. One more thing he’s thankful for is that he had fire insurance, unlike some of the other survivors who lost their homes and are now homeless and destitute.

But according to Turk, who spoke with ActiveHerb over the phone from his new home office in Chico, CA (about a 20-minute drive from Paradise), Chinese medicine, along with a few other tools he uses in his practice, have helped both himself and his patients recover from one of the deadliest fires in U.S. history.

Within weeks after the fire, when residents were allowed to return, Turk immediately got back to work. This, he says, was critical for not only helping those in his community, but also in helping him regain a shred of normalcy back in his life.

I treated residents of Paradise for free after the fire

“My practice fell off sharply after the fire”, says Turk. “I treated residents of Paradise for free after the fire but a lot of people moved away. Many people who lost their homes and connections in Paradise, they went into a depression and just weren’t ready to re-enter the world yet, so to speak”, Turk adds.

Turk felt normal when he was practicing Chinese medicine. But when he wasn’t healing patients, Turk felt at times like his patients.

Recovering From Extreme Stress With A Famous Self-Help Book

“I was deeply depressed and I suffered from ‘fire brain,” which is when you forget people’s names and forget what you just said to somebody,” Turk recalls. Turk says he realized he needed to rewire and re-educate his brain.

Besides receiving acupuncture sessions, Turk says self-help books really helped him pull through. He credits “How to Win Friends and Influence People in the Digital Age,” a modern version of a classic book by Dale Carnegie that has helped millions of people develop confidence speaking in front of other people.

“Oh my God was this book good for me. My communication skills and confidence level shot through the roof. After the fire, I went from barely having any patients to, now, a 3-month waiting list, says Turk, adding, “Immediately after the fire, when I wasn’t working, I was deeply depressed and I’d sit with my arms crossed and chin resting on my chest. I didn’t talk when I was around family.”

Turk’s fasting and herbal protocol would be, and continues to be, a critical part of his own recovery and that of his patients’.

Although the town of Chico, where most of Turk’s current patients now live, wasn’t devastated like Paradise, toxic smoke rained down on Chico. “Even though homes weren’t destroyed here, many people in Chico needed treatment. People were coming in with persistent coughs after never having had a history of coughing fits. I would prescribe them Lung tonicsLung tonics and herbs to support their immune system.immune system.

Turk also prescribes kidney tonics to help with adrenal fatigue, caused by extreme stress. And to help detoxify his patients’ bodies from the raining ash and other pollutants, Turk prescribed Liver tonics as well as immune support for exposure to pathogens.

A Liver tonicLiver tonic can also help with unresolved anger that stems from a catastrophe; if someone struggles with fear post-trauma, Turk prescribes them a Kidney tonicKidney tonic. In addition, Turk says that one thing that’s overlooked in terms of how a tragedy affects health is vision loss.

Along with the fasting and herbs program, Turk also uses psychology, especially affirmation recitations to help his patients recover.

Here’s an example of the affirmation strategy Turk uses. He has his patients recite the following affirmation over and over again: “I’ve accomplished so many things in my life and I want my health back.”

Turk claims “The affirmations and fasting and herbs really has helped my patients get back on their feet fast. But you can’t just tell each patient, ‘Here, take these 2 formulas.’ It has to be a holistic approach to healing.”

“There is no specific pattern to survivor’s guilt and PTSD. I may have one patient stick out their tongue and present with a dark red, almost purple tongue, along with an  irregular, fast pulse. Meanwhile, another patient with the same exact symptoms such as headaches and insomnia, can have a perfect pink tongue and normal pulse,” says Turk.

Although Turk emphasizes the need to diagnose each patient’s patterns, he says, “My prescriptions for liver and kidney tonics went up dramatically.”

Making the Most Out An Extremely Stressful Life Event

Turk credits Chinese medicine for saving his life, not just in the aftermath of the Paradise fire, but throughout his entire adult life. “I’ve suffered from mysterious illnesses for much of my life,” he says. “The only thing that has helped me recover has been Chinese medicine.”